How do private investigators do a surveillance? 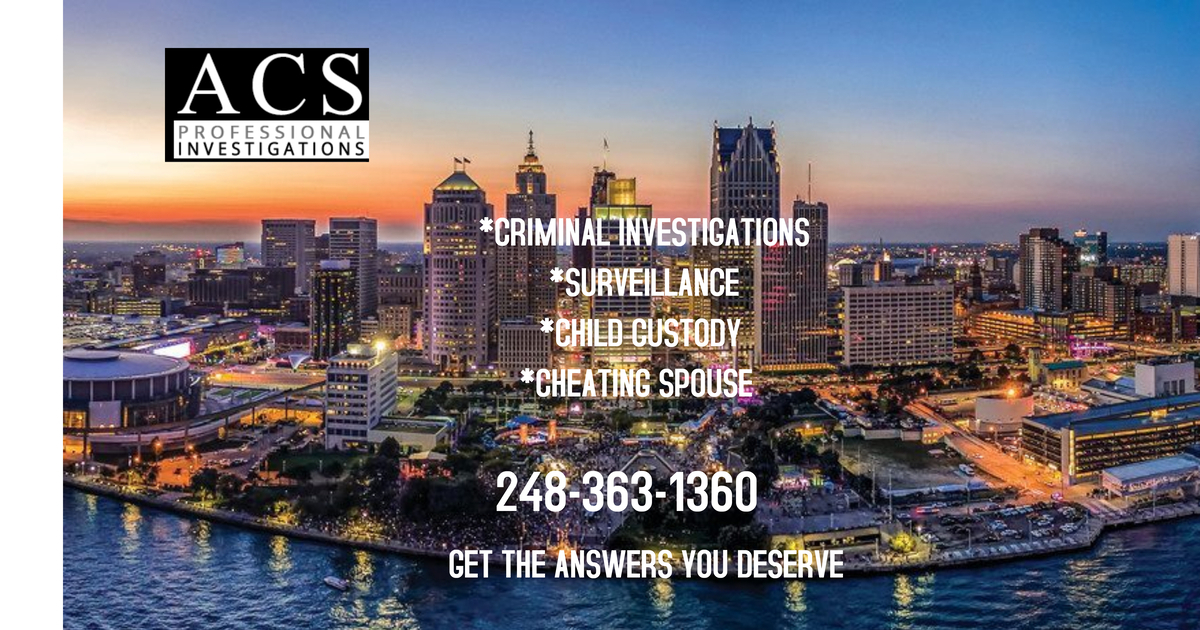 This may be done in a non-intrusive way (by inadvertently checking or following the target in social media, doing online searches) or by taking a more intrusive approach (checking the web history of the subject, logging in the subject’s social media if possible to search for evidence, checking their digital trash, etc)

ACS private investigator’s Detroit Michigan posses with artistic advanced techniques to help our clients achieve extraordinary results during a surveillance investigation. Surveillance PI can uncover sensitive and confidential information, within the legal guidelines. A surveillance detective can testify as an expert witness in a court of law; And the evidence would be admissible within the courts procedures, in compliance with State and Federal law guidelines.

The most dangerous, illegal, costly and reckless act is to start your own surveillance. Following a person is not an easy task and causes many people to be involved in deadly auto accidents and even worse; If you have no idea who you are investigating, watching or following around. You will find yourself in uncharted and dangerous situations that may increase your legal problems. Not to mention, of course it’s illegal for anyone to start or commence their own surveillance. ACS Surveillance Investigator in Michigan can cover the entire state of Detroit. Surveillance private investigator’s always provide clients with integrity shots with the most advanced camera and video equipment.

Any and all videos and evidence must be obtained by a licensed private investigator during a worker compensation defense, Sub-Rosa investigation, or evidence that will be entered in a court of law.  Any other way such you or a friend helping by taking pictures, videos or evidence will not be admitted in court; Since it was not recorded and or collected by a licensed private investigator who is responsible to authenticate the evidence to be submitted, recognized and accepted in a court of law.

If you would like a free consultation tailored to your specific case parameters and needs; Then please fill out the online surveillance request form by clicking here https://acsinvestigations.com/contact/

If you’re caught running a surveillance or following a person around, you maybe charged with stalking, arrested and even a restraining order filed against you.

Surveillance is an art that an investigator masters from years of experience through trial and error. Surveillance may sound simple, however, there are several obstacles that meet the most experienced investigator. For example Surveillance requires a private investigator to sit in a vehicle for long hours, while being quiet and alert of the surroundings. Private Investigators must keep a close watch on the subject in order to be ready and follow.